A little background of The First Monkey School

Since 1957, Mr. Somporn has been teaching monkeys to climb trees and pick coconuts. As his parents were coconut farmers, Somporn experienced the traditional use of monkeys for the harvest of coconuts. These monkeys were often beaten by their owners when they didn’t perform as expected (e.g. when they left ripe coconuts on the tree). This gave him the idea to teach monkeys in a better way. His Buddhist teacher Buddhadasa Bhikkhu (https://en.wikipedia.org/wiki/Buddhadasa) encouraged him to teach monkeys positively, without the use of force or violence. In time, his school became locally famous, and the largest monkey school of all of southern Thailand.

The monkeys are of a special breed, the pig-tailed macaque, or ling klang, as they are called in Thailand.

Somporn became a household name when his favorite monkey, Khai Nui, carried the Surat-Thani provincial flag during the opening ceremony of the 1993 National Games. His school is now run by his daughter Somjai. 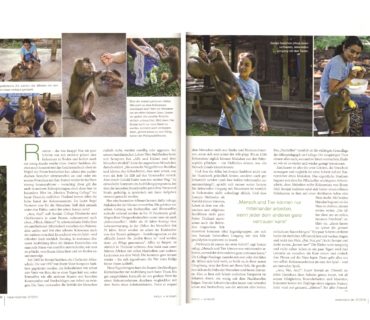 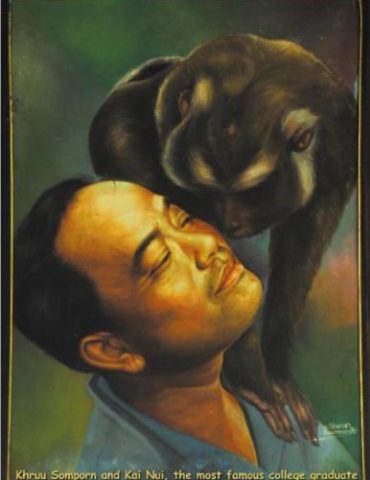 We are only open by appointment. Please, send us an email to confirm the visit at least 24 hours beforehand. Otherwise, call us.

To avoid any misunderstanding always email or call us for prices and to know if we are open. Be aware that TukTuk drivers or our neighbours may give incorrect information.

Per direct we do not accept Russian visitors